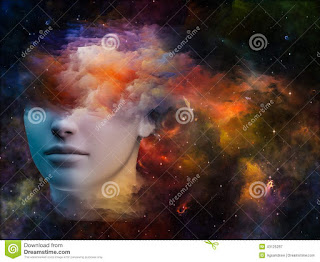 It's kind of weird...I never knew relationships can have such an impact..its like a shot of unadulterated vodka...you never know when would it start hitting you...certainly not when u have it...and by the time it hits...you are beyond repair...puking on the floor...so high you don't even have the brains or wits to regret having that last shot when the entire humanity was crying for you to stop...its a weird feeling...like a really heavy hangover...only the part where you get sober after drinking three and a half cup of coffee is missing...its like your mind gets attuned to the world moving slowly...time increasingly going into a spiral...and you are at the centre of it...watching it approach you...but ever so slowly with constantly increasing speed...like its teasing you...I will be there before you know it...and so you wait...and its like one of those early 70s pop music videos with disco lights running berseck in every direction, or like those crazy depictions of marijuana dreams where the protagonist falls through an endless spectrum of light...Music is like a distant drumming on the souls...like a background score for the popular cult movie for which you are not the antagonist...but the paper currency which gets burned by the star...in search of the true calling for himself...you feel the thread burning slowly...its attached to you..you just know where to...and when would the fire reach you and consume you...so you walk the road most travelled by...and you skip the passages where people take a leap of faith and discover artistic imaginations...because that is too much to take for a sedated mind...and a misplaced heart...I never knew relationships could have such an impact
- Ashk
Poetry