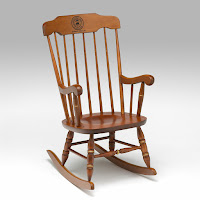 Last night I could not sleep properly,
It was a cold winter night and in order to keep the chill out
I had closed the window in my first floor bedroom since evening
But it was not the cold that kept me awake
It was the sound of a dog barking outside
Poor soul must have been feeling very cold
And it kept barking till 4:30 in the morning
I spent a wakeful night with it, musing too.

What I was surprised about was how had it stopped crying in the early dawn
For that is the time when it gets really bone crunching chilly
In these Northern states of India
Reminds me of those early morning motorcycle rides with my graduation mates
As I stepped out in to the bedroom I got my answer,
Sahil was calling her Bruno
And Veena was staring at him with daggers in her eyes
‘How dare he get her into my house?’ she asked
Looking at Kamal, she said, ‘You know why I never got a pet for the last decade, right?’

Poor Kamal felt stuck between 2 loyalties
He did not know which side to take – his innocent son or his (extremely) angry wife
As if relieved to see me waking in he said
‘Dad, meet Bruno. Sahil wants to adopt her’
And quickly took Veena into the bedroom
To have a chat.
As Bruno came running to come paddle around my feet
She was a little more than a cub
And was already doting on Sahil

Charlie had fit in just perfectly into the family
And was never short of playful deceits
Sometimes he would sit under the sofa to bounce off and scare
As soon as anyone sat on the seat
On other time, he would sneak into the bed
And try to push us off at ungodly hours to wake us up

It was on a similar chilly night that Veena had decided to go for an evening walk
Very uncharacteristic for her. As Kamal said she always liked the warmth of the heater
Instead of the walk in the chilly evening
She must have been pre-occupied with her own thoughts
One of the those which haunt each of us on such winter days
Charlie wanted to come along for the walk
But she did not want company, not even his, for sometime
It took her one and a half hours to get her nerves back and come home
When she came back, did we realize that Charlie was gone

In her state of reflection, as she went out, she had left the door ajar
Charlie must have escaped some time later in the evening
Trying to find her and bring her peace
What happened to him, we never got to know
Charlie was not found
He would never have run away, but we couldn’t have lost him forever
And that regret had stayed with Veena

I was brought back from my reverie by the cold nose of the cub touching my feet
Kamal was coming out of the room with an air of triumph,
of someone who had just dodged a bullet
Veena picked up Bruno and took him to the courtyard
There she poured some milk and chapati into the bowl that once belonged to Charlie
She smiled to Sahil, who was ecstatic with joy
But the smile had a hint of regret which would not be wiped

P.S. – Though she accepted Bruno into her house, Veena could never dote upon him as much as she loved Charlie, and you can see a hint of regret in her eyes and in the eyes of young Bruno…

For the complete series, visit - http://www.ashksymphony.com/p/the-creaking-chair.html